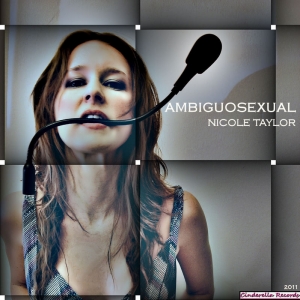 Nicole Taylor
Sydney, NSW Australia
Sassy, irreverent, sarcastic, off beat, Nicole Taylor launches on to the World Wide Pop charts with her latest single I’m Your ****. More than a nod to the great Leonard Cohen’s I’m Your Man, Nicole kneels down offering the ultimate submission. Blending her unique, lithe, angelic vocals over cheery, spacey instrumentation her music manages to hold your attention while your mind distractedly wanders, roller skating through the 80’s tapestry smiling and nodding dumbly. Before you know what has hit you a snicker comes bubbling up through the silly smile you didn’t realize was on your face. Pink cotton candy slaps you across the face and then melts in your mouth leaving you feeling oddly exhilarated, a bit turned on, and wanting more.
Born in Sydney Australia, Nicole dreamt of one day becoming a novelist. On the daily commuter train, galvanized by the monotony of the Monday to Friday work day she penned her first song lyrics. Quickly realizing the cathartic and instantly gratifying sensation this first song provoked, she took to excavating this newly discovered fertile soil. Her debut album houses 8 tracks including the title track Ambiguosexual. Hers is a truly unique perspective. Each song is fresh and upbeat, but slyly concealing the tragic undertones that always seemed to accompany the heavy synthed out music of the 80’s pop scene. This is music that not only doesn’t take itself seriously, but it isn’t too worried about you either.
Musik and Film is stoked to bring this new artist in to the spotlight for 2012 with a full scale radio assault. 15,000 radio stations in over 70 Countries World Wide will be dipped in the wicked confectionary that is Nicole Taylor’s music.
“ I don’t know where we’re going but it doesn’t really matter cause we’re speeding with a passion and we’re laughing out aloud.” – Nicole Taylor, Dreams and Nightmares