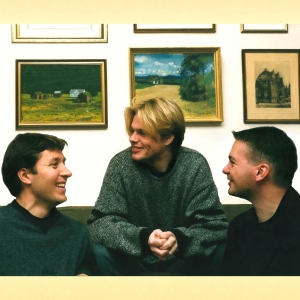 Beautiful, beautiful songs from a magnificent Norwegian band. This album is packed with melodic pop music, guaranteed to grow on you. Fresh, magical tunes, following the steps of Beatles, Waterboys, Talk Talk, U2, Coldplay, R.E.M and maybe A-ha.

A review: Music beautiful beyond words! Where other artists may sound good at first ‘glimpse’, these guys just seem to grow on you, with new elements to discover all the time. You clearly notice the wealth of melodies they’ve got up their sleeves, and it’s especially intriguing to hear already catchy songs taking off in new fascinating directions. Like in the exit of ‘Feel So Fine’, or the bridges of ‘What Makes Two’ or ‘To the Little Man’.

Archie Marvellous is a Norwegian band playing melodic pop with mainly British/European influences. Band members are Gudmund Krogsrud and Jon Anders Teisberg. Ketil Eik is contributing as main lead vocalist. Archie Marvellous’ primary focus is songwriting, rather than recording and production, but they have managed to record and release two albums. They have also been local radio favourites in Norway with three songs hitting number one on 'Østlandstoppen'. The band claims to have a back catalog of more than 200 songs. Tom Andresen is also an important contributor having engineered and played on most recordings, alongside a number of other musicians and vocalists.