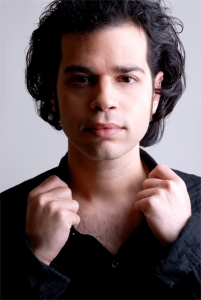 Adry is a musician, singer/songwriter

Adry was born and raised in Tel Aviv. As a teenager, Assaf became The lead vocalist of rock band. When he was 16, he played guitar and bass with his band to the lyrics and music that he wrote.
In 2009 his first album "rule of sadness" came out and Downloaded in The internet over 20000 times, all this Time he played in clubs around And started to record his next album