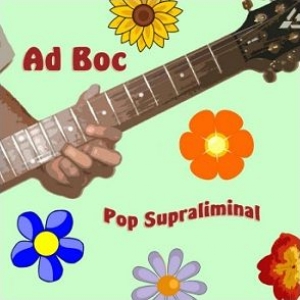 Ad is a guy without tattoos who fronted three timely and melodic Boston-based bands, namely Jumprope, Miranda Warning, and Beginners Only through over 400 live shows as singer, songwriter, and guitarist, touring throughout the east coast and midwest. Busy as he was playing in groups and occasionally mowing the lawn, he interleaved several shorter-lived side projects with friends as drummer or multiinstrumentalist, such as The Barbaloot Suits, Welcome Mat, The Fond Farewells, and nO SociAL skiLLs. Despite not eating a single radish during this time, these band experiences yielded seven well-reviewed, full-length albums released on labels in the US, UK, Spain, and Japan, plus a constellation of compilation album appearances around the world, all told, featuring over 50 of Ad's tunes. He also helped organize one of the world's first indie pop fests (a tradition that continues all over), and created one of the first directory resources for indie pop bands, labels, and shops, as well as the first-ever tribute sites for 60s cult pop groups The Zombies and The Left Banke. He doesn’t care much for sports talk radio.

Having paused long enough to take a rest, while doing a bit of dusting, he stumbled upon his collection of over 230 unfinished pop songs hastily captured on various audio media. These could not be left to languish, and he began a self-recording experiment. Just as the project got going, in 2009, he managed to divide his left thumb (fretting hand!) nearly in two with a table saw running most inconveniently at 3000 RPM (while building a cassette rack, of all things, so rock & roll!). Seven months of crying and dozens of Tony Iommi jokes later, his surgically reconstructed digit was luckily playing again, but can no longer do that thing where you bend it up over on top of the E string like to play that last chord in Mood For A Day. No matter – still without tattoos or radishes, or certain nerves of the left thumb, he figured he’d better complete the album before something else happened, like an ice age or a meteor smashing into his guitars or something.

He descended to the basement with the instruments and some microphones. There’s a map of the world on the wall down there, a Beatles poster, and another of The Smiths. Months later, having followed no known fashion trends, the first batch of tunes was completed. A true DIY solo work, as indie as it gets, is the album, Pop Supraliminal, a tuneful debut that is Ad’s one-man-band experiment fulfilled. Melody-driven, carefree, suitably rough around the edges, and lyrically questioning every facet of our earthly reality. And this is merely the beginning. A second album of Ad's earliest, never-properly-recorded post-punk and pop songs from his Beginners Only days is already in the works for early 2011, as are plans for a third album. With such a backlog of tuneage awaiting birth as consumable recordings, it's no wonder!
2
What's This
Advertisement