The Speed Of Bluegrass 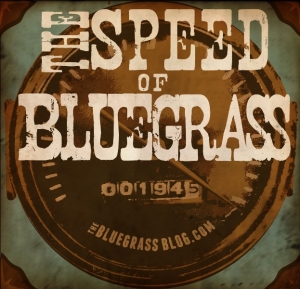 We all know what it takes for magic to happen in the studio.

It starts with a great tune. Grammy-nominated fiddler, producer and writer Jim Van Cleve has come up with a winner in The Speed Of Bluegrass. With a driving beat, a cool modal melody, and a number of quirky stops and starts, this modern bluegrass instrumental will grab you from the first beat. It’s an instrumental in three parts, with a whimsical nod to some of the classic licks that helped define the genre in the 1950s.

Then you bring in top-notch musicians. Jim has assembled a group of peers that any producer would die for. Ron Block, long time member of Alison Krauss & Union Station is on banjo. Fellow Grammy-winner Randy Kohrs is on resonator guitar. Jim’s Mountain Heart bandmates Jason Moore, Aaron Ramsey and Jake Stargel round out the ensemble on bass, mandolin and guitar.

Make sure to record in a state-of-the-art facility. The Speed Of Bluegrass was tracked and mixed at Nashville’s celebrated Blackbird Studio, engineered by David Hall.

Get it out to the people. The Speed Of Bluegrass will be released as a digital single on March 22, offered through iTunes, Amazon and other popular online music resellers. It is available now to radio through AirPlay Direct. Programmers can choose either the full-length track (5:00), or a radio edit that comes in at 3:47. Hard copy CDs can be delivered upon request.

And don’t forget to have fun! The lighthearted spirit of the tune and the recording sessions are captured in a promotional video filmed in the studio. It is available for online viewing on YouTube, Vimeo and Facebook. http://www.vimeo.com/20847207

The Bluegrass Blog enjoys the reputation of being the premiere online destination for news and information of interest to bluegrass lovers worldwide. Launched in 2004, the site is now visited 3,000 times daily with monthly page views of more than 120,000.

By 2007, The Bluegrass Blog was so influential that the International Bluegrass Music Association named its authors as their Print Media Persons of the Year, the first time an online source had received that honor.

A visit to the site will feature info about new releases, bluegrass videos, audio samples from popular recordings, band changes and all the bluegrass news you’ll ever need.

John Lawless from The Bluegrass Blog will be available for interviews by phone, and we will attempt to arrange interviews with Joim VanCleve as his schedule allows.
16
What's This
Advertisement