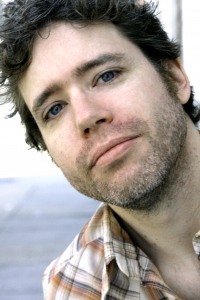 Hugh is an experienced vocalist, songwriter and producer.

Currently living in New York, Hugh has been writing/recording with Shaun Morris for the project "Brooklyn Social", while his singing has featured on a number of 2008/2009 US commercials.

In 2005/2006 Hugh toured as a vocalist for Lenny Kravitz's band for the Aerosmith/Kravitz North American tour, and produced the Steve Deal album "Edge of the Ocean".

In 2004 Hugh recorded/released the CDs "Unidirectional" and "Radiate" and produced the Steve Deal CD "Cure for Gravity".

Prior to life in the USA Hugh released CDs with Spike Mason as "Gnome" in 1999; with Pseudo Echo's Leigh Brothers as the Aussie band "Vertigo" (Forever Lately, Human Need) through Gotham/BMG in 1998 and the HW CD "Iliad" through Polydor in 1992.

Hugh also worked with Sarah Blasko, on her debut EP as well as with her band Acquiesce, co-writing on the former and producing the latter. Other collaborations around this time include producing Daniel James (Receiver, O2 and Eden) Katie Prior (Cellophane Flowers) and Melanie Cook (Whispers of Revolution).