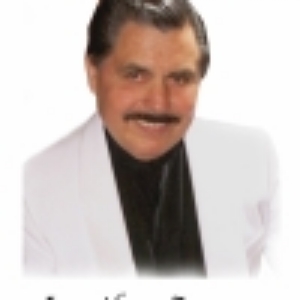 Maestro Jonathan Zarzosa is a master concert pianist, composer, arranger, lyricist, conductor, and recording star. The name Zarzosa is a family name in Latin American music circles and Jonathan (and his father before him) has created hundreds of easy listening dance songs many of which are just being released to the public on this web site:
http://www.gmimrecords.com

His mastery of the piano is legend and he has a multitude of followers that go to Barona Resort & Casino, Lakeside, CA. (one of the finest hotel/resort venues in the country) to hear him play. He has headlined there for five years while composing and writing many truly great songs and music which Great Moments In Music (GMIMrecords) now has the distinct pleasure of producing and releasing. This connection will be your primary connection to fabulous music which are both Spanish and English songs and of course are brought to you in ready to download high fidelity format.
Jonathan's long music career has lasted his entire lifetime and he has appeared in movies, TV and most other music venues where he has always delighted the audiences with his heartfelt and inspirational love songs and ballads. He has transformed Broadway musicals into Spanish for the Latin market (no small task); and created outstanding new musicals as well. He is so astute that he can write the sheet music for an entire symphony orchestra in a matter of a few days, then arrange and conduct the resulting masterpiece for inspirational performances.
Jonathan is married to a very fine singer Christy Love (Zarzosa) who also helps him with compositions and is a fine vocal talent in her own right. She specializes in Christian music and has even transformed parts of the bible into song. A link to Christy's music can be found on:
http://www.gmimrecords.com

and several of her songs can be downloaded here as well. This is a musical family that has teamed up with Great Moments In Music (GMIMrecords) to bring you the very best music in honor of our wounded warriors and the very just cause that we support: http://www.woundedwarriorfamilyfoundation.com Help us help the children!